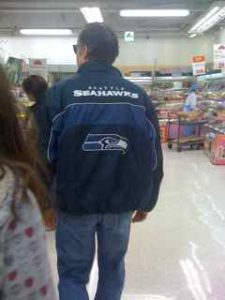 Spencer Patrick is an entrepreneur, a business professional, a musician, weight lifter, judo coach, an author, a missionary and a pastor ministering the Kingdom of God. Most importantly he is a follower of Jesus. In Washington state, he was called into ministry at Cedar Springs Camp in 1983 and later founded Joy Inexpressible Ministries on 4 July 1993 as a young adult.

He was licensed in 2003 and ordained for ministry by Dr. Jerry Savelle at Heritage Christian Center on September 10th, 2004 and started Victory Word Church in June of 2005 in Tokyo, Japan.

He was trained for ministry in the Assemblies of God in the United States as well as under Rhema Bible Training Center’s Bob Yandian, and served for 6 years as a missionary in Asia. He has started and runs several businesses in Japan, Korea, and the United States referring to himself as a Faith Professional who is passionate about Jesus.

Getting to know SP, some of his interests are-