The Bill Johnson meeting with the Tokyo Revival group tonight in Nakano was fantastic.  Whatever you do, get to the Friday night meeting.  You will never be the same.  It starts at 6PM  with Bill speaking from 7PM.

Tonight started with worship from 6pm for 45 minutes.  It was so nice to see people open to the presence and power of the Holy Spirit.

His message was sprinkled with the Word of God and his testimonies about what God is doing in the lives of the pastors and people he works with, were powerful.  Really enjoyed hearing about the miracles on the jet on the way back from the EU to the US that his evangelist friend shared with him.

Those who needed prayer put their hands up.  People around them came to pray.  The person explained their sickness or pain.  We prayed. Several hundred received their healings.

The guy we prayed for had injured himself skiing nearly two years ago,  We prayed for him once.  Bill told people to do something they had never done.  He got his healing.  Probably 6 of us with hands on him praying.  He went to the back of the seating area and started sprinting and jumping up and down.  He received his healing. Others were healed of back pains, broken joints, and other injuries.  Praise God.

It was as great meeting.  We can’t wait to go on Friday!  The Holy Spirit moves when we act in faith.  Don’t miss it. 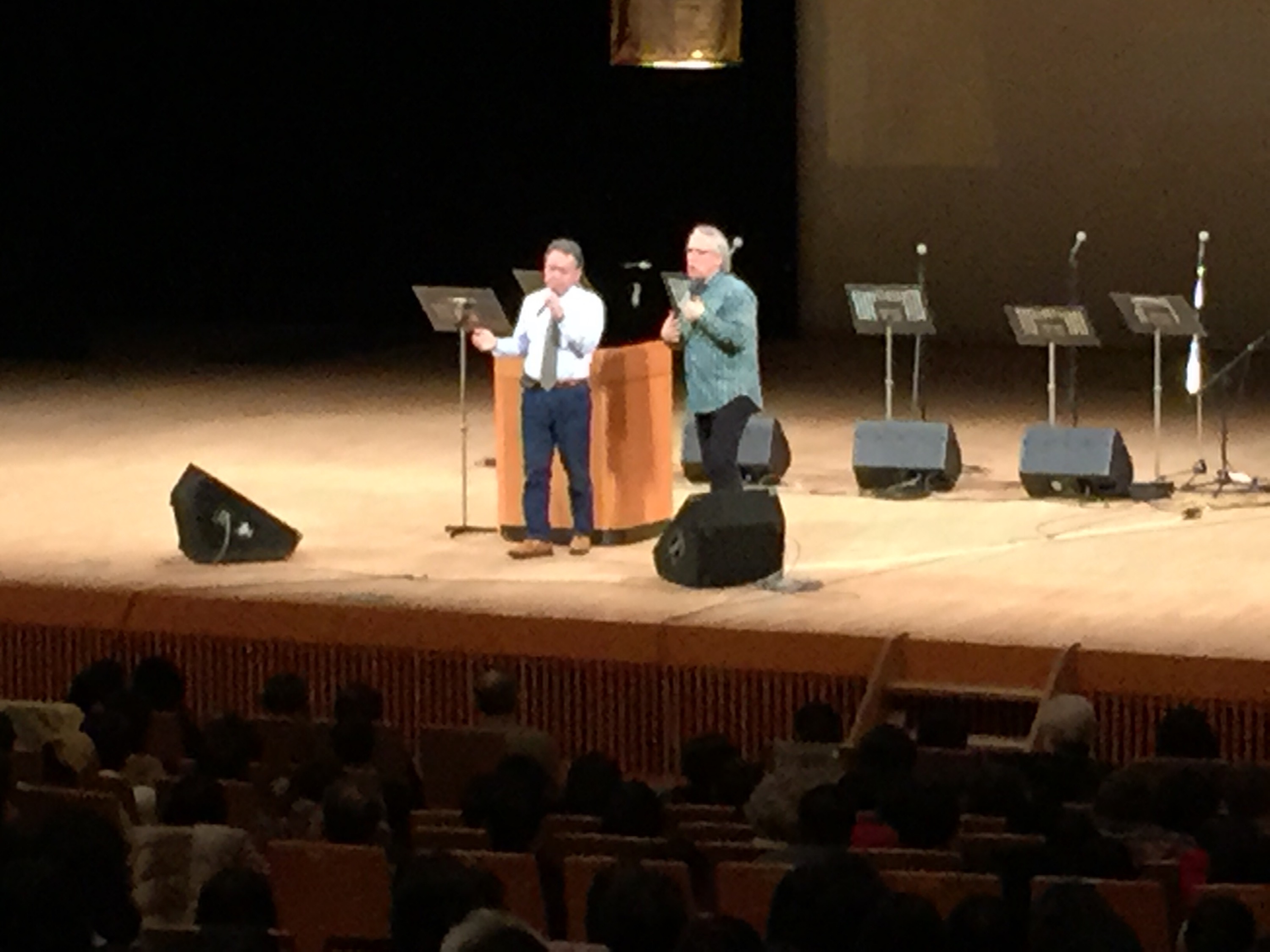