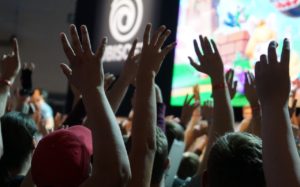 Seeing innocent people killed just for being at a certain place at a certain tine is more than just tragic.  We can look at the world around us and blame people’s evil actions on psychological unbalances, traumatic life experiences, mental disorders, or something else.  However, if you know God you know there is more going around us than just what we can see with our physical eyes.

Retired accountant Stephen Paddock fired a rifle into a crowd with the total intention of killing as many people as possible.  This is not normal or humane.  This is not a mental health issue.  It’s pure darkness, pure evil.  Chances are he didn’t know any of the people he murdered.  Why would he do it?  He decided to follow the demonic voices that spoke to him. It was his choice and he was doing the bidding of the forces of hell that desire to extinguish every innocent human they can.  Christians are here to stop and defeat the darkness.  It’s time we do it.  Recognize murderers are motivated by their decision and demons who want to kill.  If you don’t what spiritual warfare is; we must learn now.

Read “How Could Someone Become A Mass Murderer?” on FaithPro.org.